#StoriesFromTheGround | Vaccine Hesitancy in the forests of Jharkhand

The recent spike observed in COVID-19 cases across the country has induced all the states to be on the lookout for another deadly breakout of the virus. Almost all states have been advised by central authorities to ramp up surveillance and vaccination efforts in their respective regions. While urban centers in the country have largely been vaccinated, there are pockets of the nation where this work is yet to be done. Several organizations have pooled their resources, and are working day and night to ensure that the most vulnerable groups residing in remote areas are not excluded from the healthcare they are entitled to. In Jharkhand, we zero in on a particularly remote area of Bano village in Simdega district of Jharkhand.

“There is only one doctor for about 1 lakh people here”, says Swarn Kumar Sureel, a ground worker with PHIA Foundation, working in the remote villages of Jharkhand. Not only that, but the nearest Primary Healthcare Centre is also more than 30 kilometers away. Imagine if the virus broke out in an area such as Bano, Jharkhand, which is remote not only because of its geography but also because of the presence of guerilla groups. PHIA has been actively working and coordinating with several other smaller civil society organizations to disseminate proper information about the pandemic, standard operating procedures, and even holding vaccination drives. 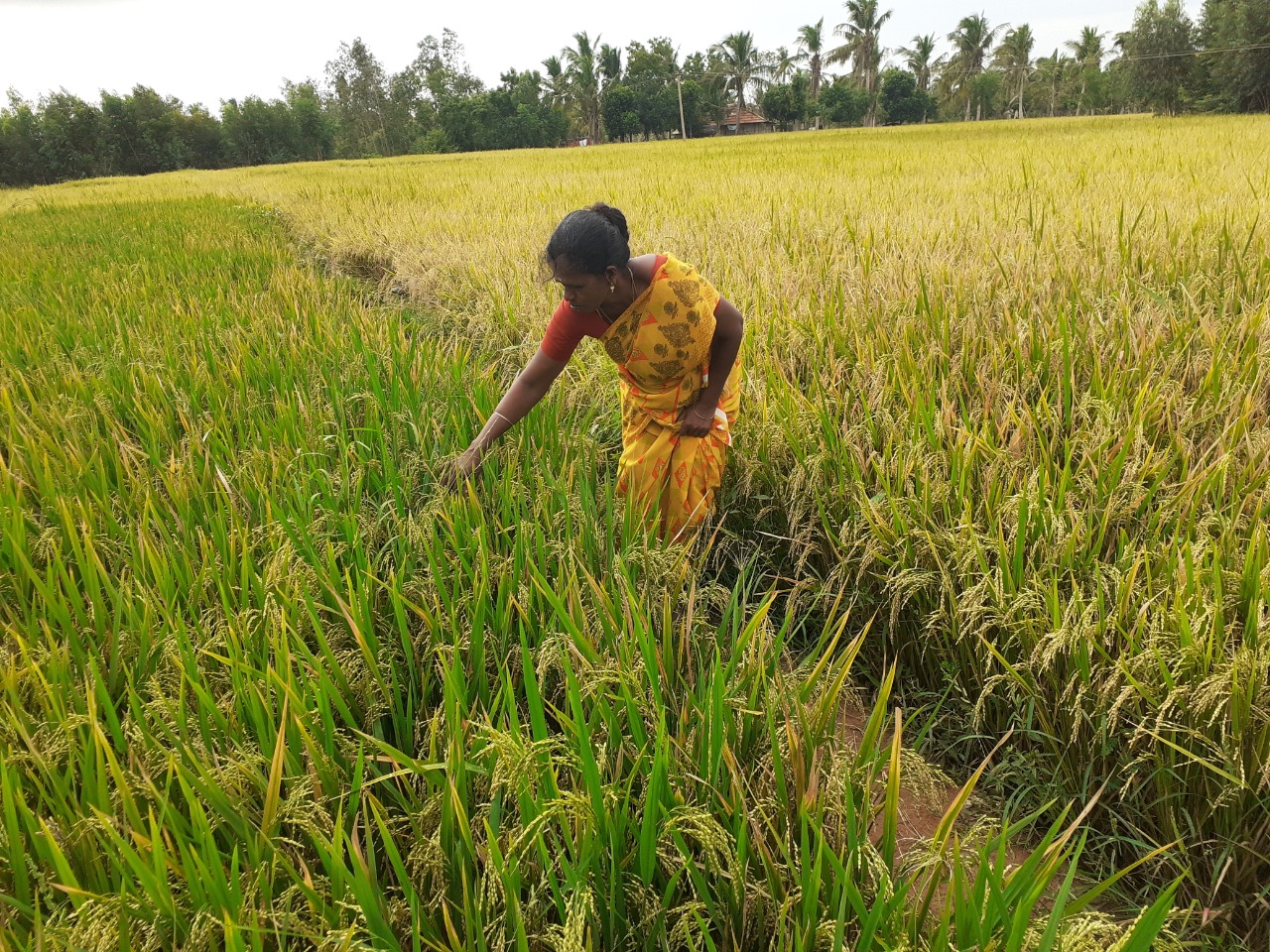 Vrutti is working with farmers, fisherfolk, and marginalised communities in selected locations across seven states.join hands with Vrutti in their  endeavour to support the communities who feed us with farm produce, fish and services that make our lives run.
DONATE NOW

But a bigger issue than logistics and infrastructure was vaccine hesitancy, which reared its ugly head in the form of violence and threats to well-meaning healthcare workers. “The vaccination drive here has been successful despite challenges, but it needed a lot of work”, adds Sandeep Lugun, a community volunteer with PHIA. The wildfire of vaccine hesitancy was sparked off by the death of a leading Tamil entertainment personality after he’d gotten vaccinated. Adding to that fire were several rumors going around the villages. “Some believed that vaccines should only be taken by the elderly. Why? Because of a rumor that it causes impotence for younger couples”, adds Sandeep. Another person from PHIA commented that the ill-treatment of these village inhabitants at the hands of doctors and healthcare professionals in the villages was an underlying cause behind the rancor. “Not only were they treated badly in cities and elsewhere, but the migrants returning to these villages were also dealt with very harshly. There was a strict 14-day quarantine after a long and debilitating journey, where they could not even meet their family straightaway”, adds Sitadevi, who had to return to her village Bano during the second COVID wave from New Delhi where she was working as domestic help. She and her husband lost their jobs and had a tough time initially with the villagers back home and also building a life for themselves there.

This resentment turned into animosity and manifested itself as a procession taken out by an angry mob of villagers, out to hurt workers. Sonaratee Sureen, an ASHA worker in Bano, recalled that the Sevikas (female helpers) who were running door-to-door campaigns for vaccine awareness had to deal with death threats every day. “There was a procession out to hurt anyone that dared to suggest vaccination to them”, says Sandeep Lugun. Lugun recalls that he was threatened with weapons too, but he had managed to placate the crowd. Menu Rangopathan, a village Panchayat leader and PHIA Village Co-ordinator for her village, had taken the pain to step out and meet each and every villager under her ambit to make sure that they’d taken the vaccine. “I did this despite suffering from personal loss due to COVID-19. Initially, there was hesitancy, but since I’m close with these people, they listened to me”, she recalls.

In fact, PHIA adopted a similar approach to the one that Menu had taken. In an effort to reach the community and actually interact with them as insiders and not outsiders, PHIA started engaging local leaders whom the people looked up to. These remote areas are strongholds of tribal communities and religious communities. As a result, tribal leaders and clergymen from religious communities wield a lot of power and sway over the community. Engaging them to spread awareness and setting an example for the community was a masterstroke for the campaign.

Illyeja Kandal, a Munda tribal leader, was the first from his community to take the vaccine. “I was scared of dying from the virus. And I’ll be honest, I was even a bit skeptical of taking the vaccine. But I had to set an example for my community since I’m responsible for their material, spiritual and emotional well-being”, he says. Kandal not only took the virus but also explained to his tribe members how contagious this disease was. As a result, almost all members of his community are fully vaccinated now.

But Illyeja does point out that health infrastructure is severely lacking in these areas. PHIA volunteers like Sandeep Lugun and Swarn Kumar Sureen have been working closely with the administration in supplementing the work of ASHA workers and Auxiliary Nurse Midwives in these areas. “We regularly hold Gram Sabhas and health campaigns for platforming the issues that the local community is facing”, says Sureel. Christ Kiran Sorege, an ANM in her village, believes that the issue is a deep one. “Yes, infrastructure is an issue for sure, but there is marked laziness that I’ve observed. People are just not interested in taking essential vaccines, other than the one for COVID too. This parochial mindset is the one that has to change”, she says.

The #COVIDActionCollab, in partnership with Crypto Relief Foundation & PHIA Foundation in Jharkhand to understand and address vaccine hesitancy in rural Jharkhand. This collaboration is enabling us to address systemic gaps and develop targeted strategies to encourage positive behavioral change among these vulnerable communities.